One of the Waterfalls of Johnston Canyon.

f you are in the Banff area and you are looking for a somewhat shorter, easier hike then you should consider going to Johnston Canyon, an area formed by erosion of limestone by the Johnston river over thousands of years. Personally, we decided to couple this hike with our Via Ferrata day.

Such a Beautiful Place.

One of the Falls.

Waterfall in the Canyon.

With the Johnston Canyon Lodge as the starting point, you can reach the lower falls after 1.1 km and the upper falls after 2.7 km.  There are viewpoints for both the upper and lower falls. We stopped at all of these and spent time marveling at what nature created.

What we loved most about this hike was that it was relatively easy!

Dam Across the River.

Looking Down a Waterfall.

Additionally, we were able to locate a “secret cave” which we read about prior to coming here. Most of our prior research did not give clear directions about where this was, but we did know that it was somewhere between the upper and lower falls. Fortunately (and unfortunately) due to social media posts and word of mouth, this cave isn’t as much of a secret as it used to be. We were able to locate it by finding a few dirt paths leading Downward and recognizing others diverting this way. We were able to enjoy this by ourselves for about fifteen minutes before anyone else joined us here. If you are able to locate this while at Johnston canyon, you should definitely divert from the regular path and check it out. If you decide to do so, be aware that since it is not an official path, it can be both steep and slippery and you should exercise caution when choosing to venture here.

Elise in the Secret Cave.

Jess in the Secret Cave.

Behind the Waterfall of the Secret Cave.

What we loved most about this hike was that it was relatively easy compared to all of the others that we had done during our two weeks in western Canada. It was nice to have manmade paths and smooth surfaces for a change of terrain. This trail is more heavily populated than any of the trails that we had been on, but it was really nice to see so many people out enjoying nature.

View of River and Waterfalls.

Our total time spent here was between 2.5-3 hours. This included hiking the upper and lower falls, stopping at viewpoints, and traveling down to the secret cave. There were also trail signs mentioning “ink pots”. We were not able to make it to these since we decided to go to Johnston Canyon in the evening. If you are looking to spend more time here, you can escape some of the crowds and add these to your itinerary. 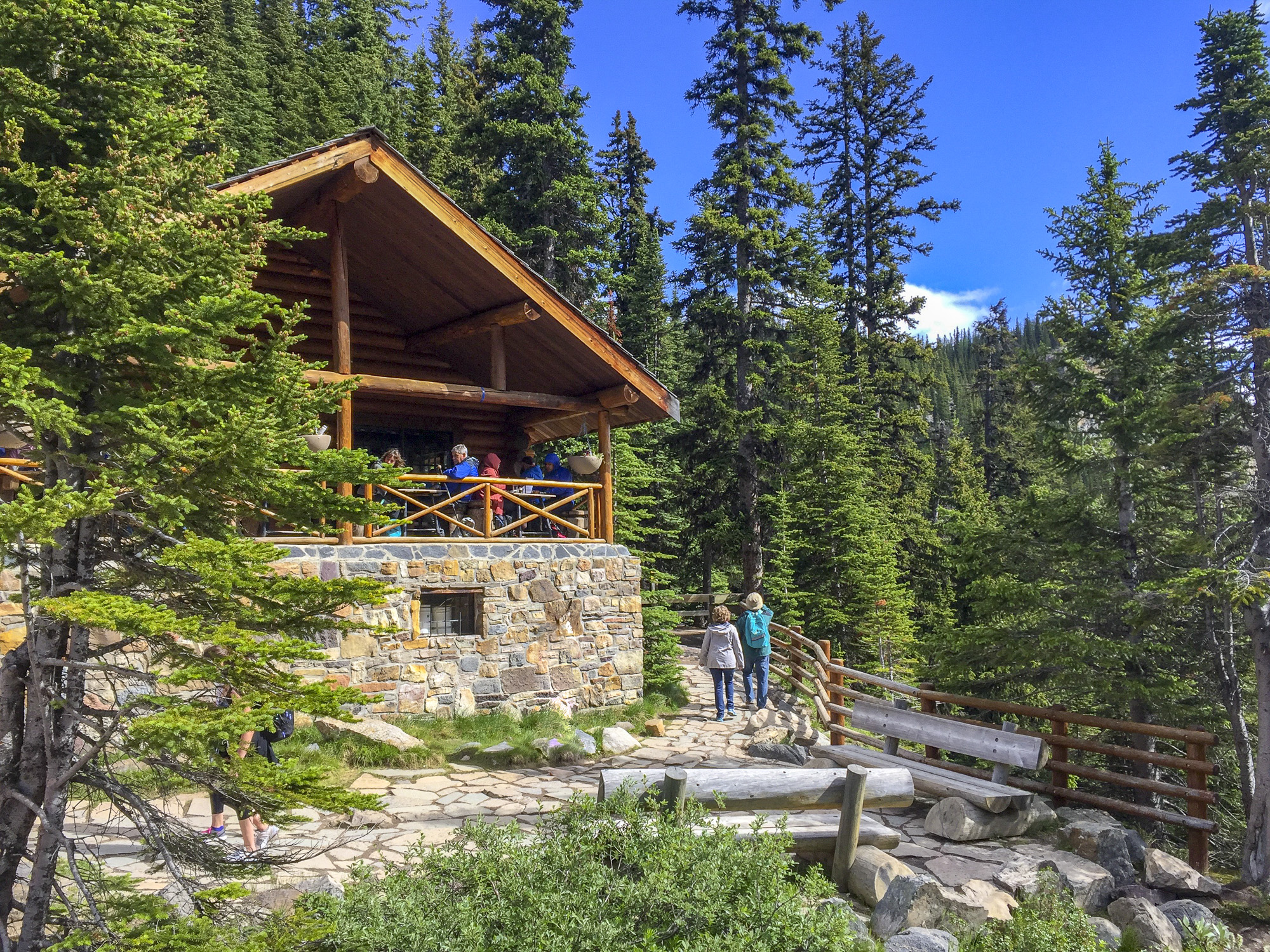