Spend a Day in Marrakech

In order to get to Marrakech, we decided to try taking the fast train from Casablanca. Many of the locals told us that this train is never full so we shouldn’t have any problems getting tickets the day of departure. Luckily, this was true and after an attempt to buy subway tickets instead of train tickets, we made it to the correct counter to purchase train tickets. There wasn’t much of a price difference in first and second class tickets, but first class was sold out so we opted for second class. In second class there were 8 narrow seats per pod in each train car. We were glad we decided to travel with just backpacks because this was a small space to navigate and to try and put our bags above our seats.

After arriving the train station in Marrakech, we exited and hopped into another taxi to find our Riad. Our taxi drove us through a very busy Medina and then instructed us to get out as walk the rest of the way since cars were not allowed on the narrow Medina streets. This city already felt different than Casablanca. There was so much hustle and bustle and we saw donkeys carry heavy loads down the streets and lots of shops selling rugs and other local goods. Not only did our looks scream “tourist” but our big backpacks didn’t help the cause and everywhere we walked people would try to direct us into their shops and would try to give us directions in exchange for a fee. We ignored all of these passes and eventually made it to our Riad.

Although it was too early to check into our Riad, they had a nice pot of hot mint tea waiting for us. We were able to enjoy this while walking around and enjoying the architecture of the inside. The “pool” was much smaller than we were expecting from the pictures on Airbnb, so instead of swimming we opted to have lunch on the rooftop of our Riad while waiting for check in. Somehow Elise ordered a cheese salad sandwich and I ordered a toasted cheese sandwich, but we ended up with the exact same sandwich which was cubes of cheese, lettuce, and cut up tomatoes, except one was “toasted” and the other wasn’t. Both of us kept tasting something weird and we didn’t want to offend the cook so we secretly hid half of our sandwiches in baggies with plans to throw them away in an outside trash can. I wasn’t taking any chances since I had already experienced e.coli in Thailand and we weren’t exactly sure if this was normal. We laughed multiple times throughout our day while we kept forgetting about the sandwich and it eventually made it halfway to the desert with us before we remembered to throw it away!

When we were finally able to check in, we changed our clothes and headed out to Jardin Majorelle.  We opted to walk to the Gardens which meant attempting to navigate through the entire medina again. Immediately locals were telling us passageways were closed and to follow them but after revisiting our AirBNB we knew better than to listen to them.

After a bit of a walk we finally made it Jardin Majorelle. This is listed as a top tourist attraction in Marrakech. It has a rich history of art and serenity and was originally constructed by the french painter Jacques Majorelle in the 1930s.  The colors of the garden feature bold primary colors and plants from all over the world. He was forced to open the garden to the public in 1947. During this time, designer Yves Saint Laurent and his friend Pierre Berge purchased the garden and saved it from being torn down to build a hotel.  Yves St. Laurent found inspiration in the garden and often dreamed of it. There is a memorial for him in the gardens.

Want to do the Marrakech to Fes 3 Day Desert Tour? Click Here to Read About our Experience.

The line to enter the gardens was long, but we were able to enter before closing.  We enjoyed our time walking around listening to the sound of water and birds. Inside the garden itself is quite compact and there were quite a few people but we walked every pathway and browsed the shops and Yves St. Laurent Love Gallery. You can read more about the gardens here.

After the Gardens we continues exploring Marrakech by Foot. We had dinner reservations so we had some time to Kill before. We decided to explore some shops and then try and find delicious Dessert Treats. Mission find dessert treats was a definite success! We ended up at Amandine and ordered way too many desserts for 2 people and ate most of them. After dessert time we found ourselves in a mall with a grocery store to stock up on snacks and waters for our trip to the dessert the next morning.

We ended the day eating dinner at Libzar which was the best Moroccan food we have ever had! After dinner we grabbed a taxi back to our Riad so we could get some rest before our early morning wake up. 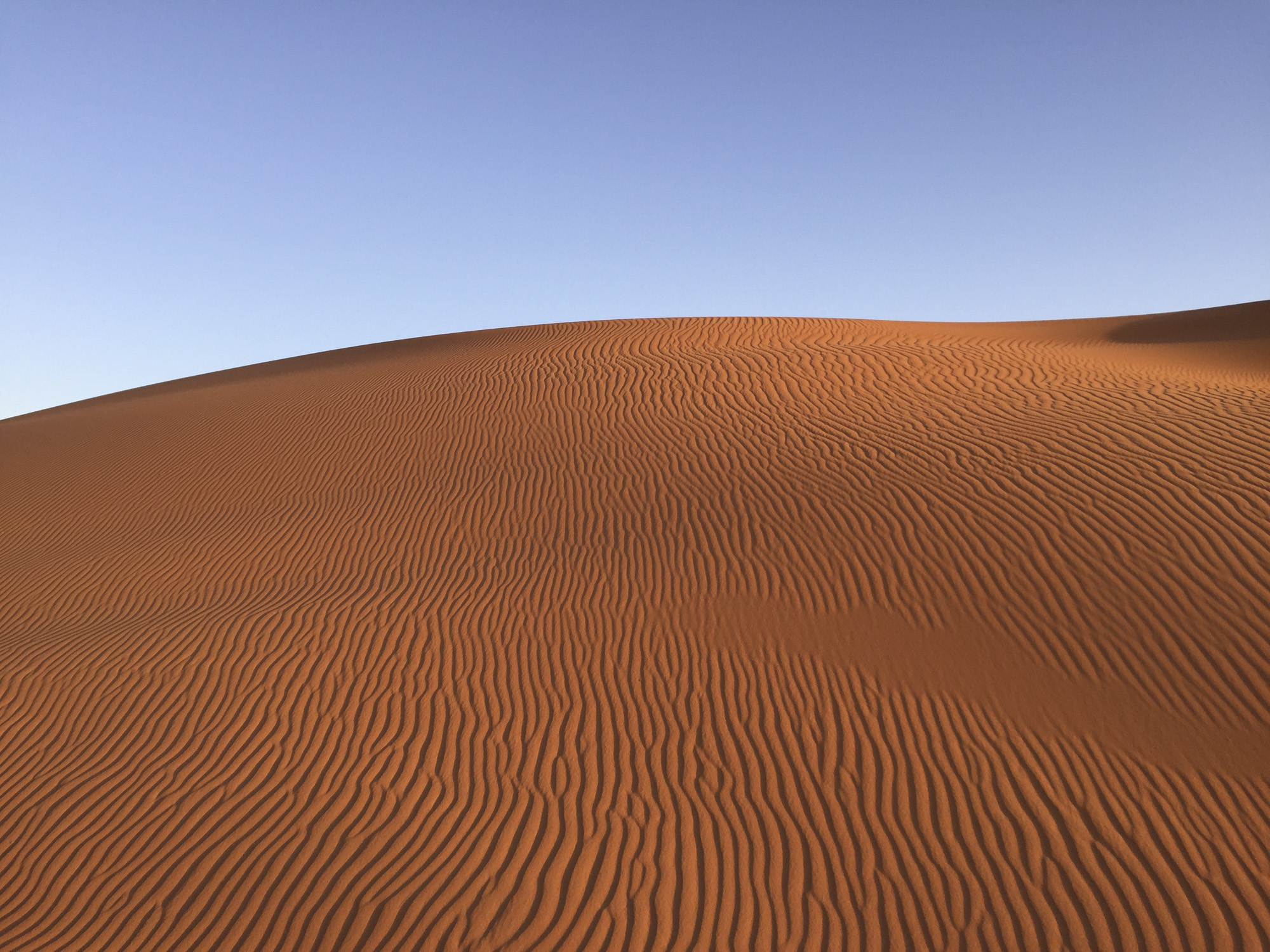 Get lost in Fes